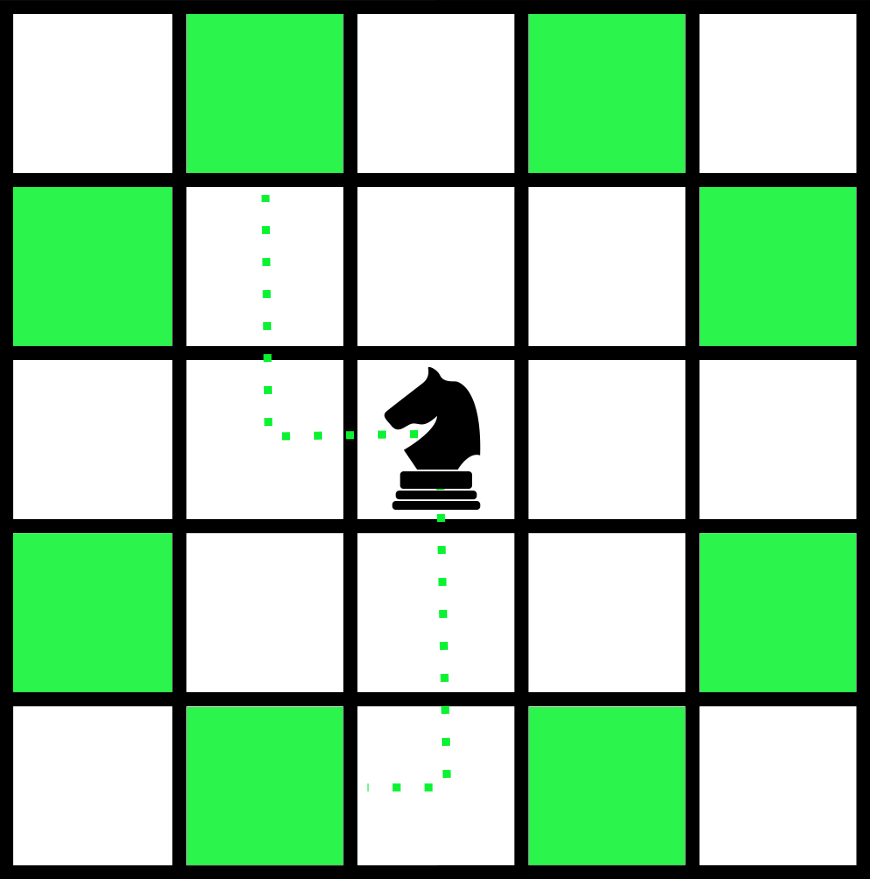 Figure 1: The highlighted squares show all possible moves for a knight. 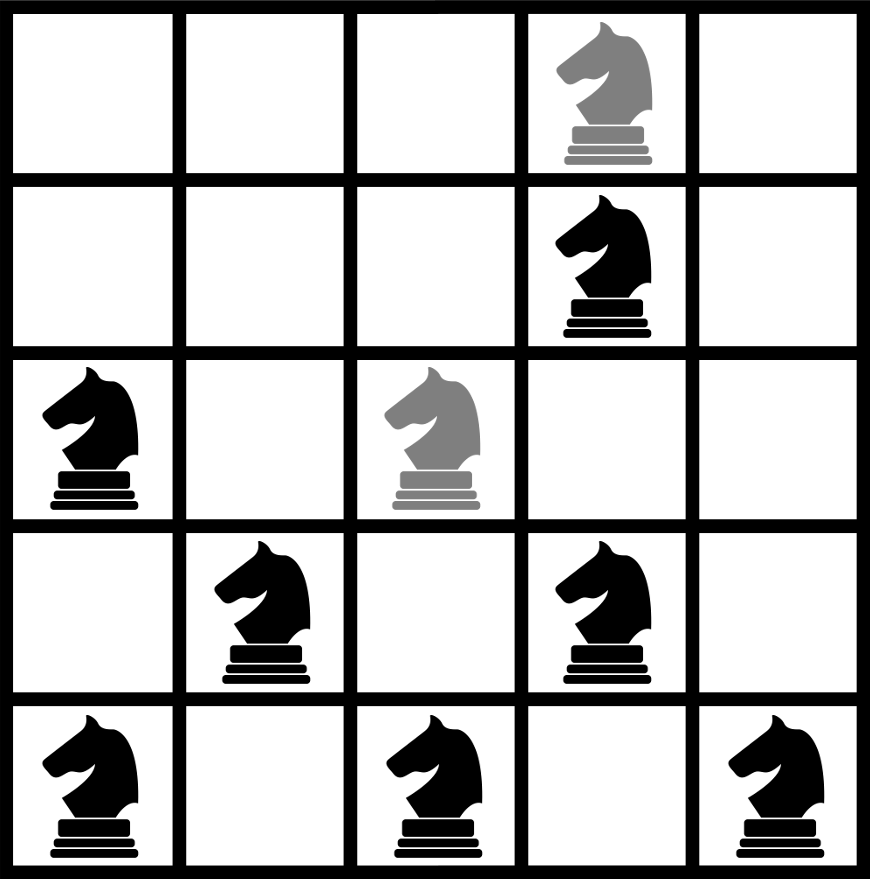 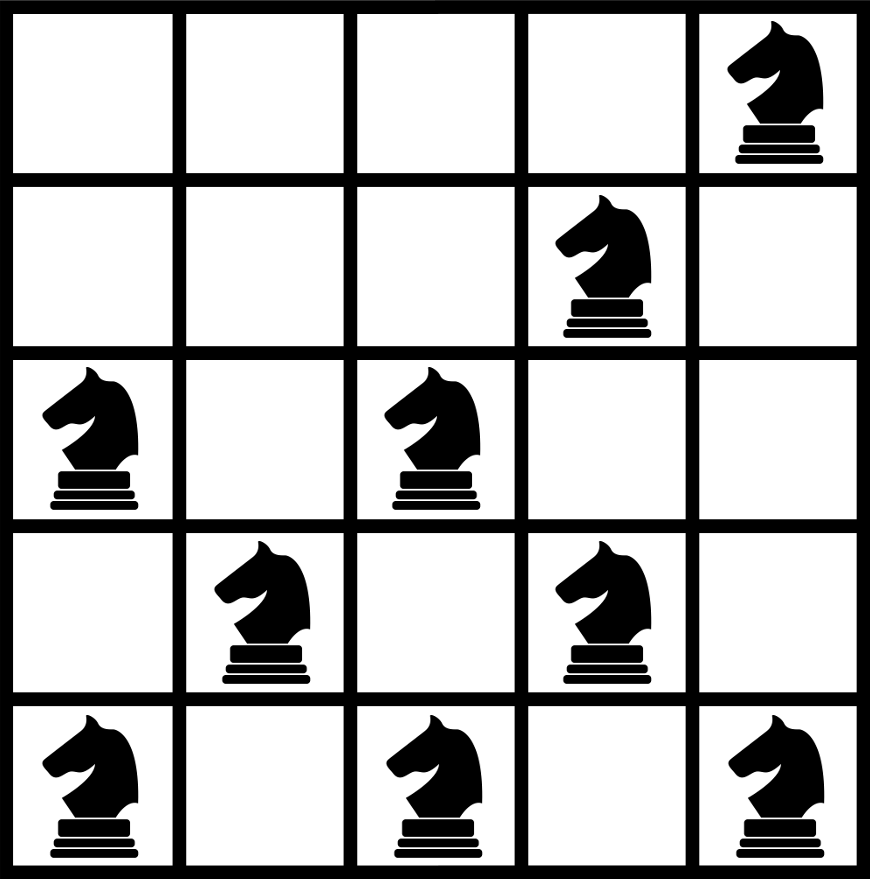 Given the description of a game configuration, your job is to determine whether or not it represents a valid solution to the Nine Knights puzzle.

The input will consist of $5$ lines, each having $5$ characters. All characters will be either ’k’, indicating the placement of a knight, or ’.’, indicating an empty space on the board.